I’m sitting at the Bush Terminal Piers Park in Brooklyn, NY the site from which, at this hour, one hundred years ago today, on July 14, 1918, the troopship Katoomba, laden with my grandfather and the 301st Engineers was towed into New York Bay to start its journey across the Atlantic.

As I look out across the harbor I imagine the view he had of Lower Manhattan and the Statue of Liberty.  And every man on that ship wondering if he would ever return to the United States.  Alive.

“It was about ten o’clock on the morning of July 14, 1918, that the giant transport Katoomba bearing the 301st Regiment of Engineers was towed slowly from her dock and headed downstream toward the harbor.  The huge engines amidships throbbed gently, and under her own power she steamed slowly down the river and into the harbor, leaving behind her the tall sky-scraping buildings of Lower Manhattan, and felt her way cautiously through the Ambrose Channel.  Many eyes were turned toward the silent, symbolical figure of the Statue of Liberty, as they first caught sight of her in the distance and watched her pass and fade away in the mist behind them.  It was the regiment’s farewell to America as it started on its voyage through a mine and submarine infested ocean.

“Shortly after noon the throbbing of the engines had ceased, indicating that the rendezvous, at the three-mile limit of the various other ships of our convoy and escort, had been reached.  As the troop ships assembled, they were enclosed within a cordon of destroyers and submarine chasers which now and then darted out to the flanks and searched for the least sign of a venturesome periscope.”

“Far out in the lead of the assembling convoy ride the battleship Montana, grim and silent, but watchful.  It was difficult to watch her rising and dipping in the light sea without feeling a thrill of pride in the majesty and strength of the American Navy and of the Nation whish fostered it.”

“It was not long after the convoy assembled before thee flags were run up on the halyards of the Montana and the convoy was under way.  Before long the last gray stretch of land had sunk over the horizon and there came into the heart of every man in the regiment a realization that, after many long months of training, the organization was at last started on a journey which would inevitably end on the battle-fields of France.  With it came a tinge of homesickness and a short moment of longing for peace and home folks once more.” 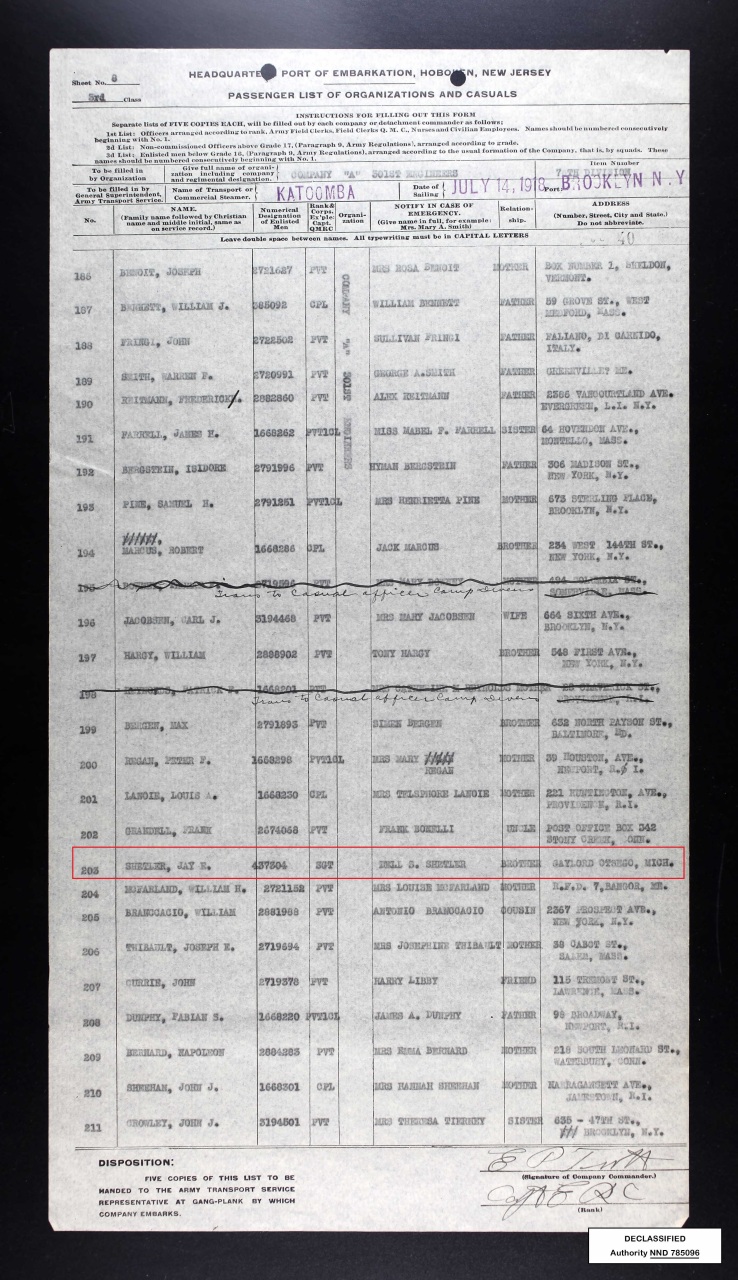