When the Armistice came, the men who wrote the histories of Company A and the 301st Engineers showed more relief than exuberance in what they wrote.  I think everyone, the whole world was just glad it was over.

“All during the dark hours of that night before the armistice, the sky in the east and in the west flared luridly, the guns roaring among the hills and across the valley, the shells whistled overhead and the ground shook with the concussion of their explosions.  There was no abatement, no let-up; rather did the intensity of the bombardment increase as the eleventh hour drew nigh.  And then, at the eleventh hour of the eleventh day of the eleventh month of the year, the uproar ceased; a silence, that was the more striking by reason of the abruptness of its coming, settled over the lines and the end for which millions had suffered as heroes alone can suffer, for which they had fought and fighting died, was at hand!  It was the closing scene of the most destructive, bloodiest tragedy the world has ever known.”

– Our Memoirs: Company A, 301st Engineers 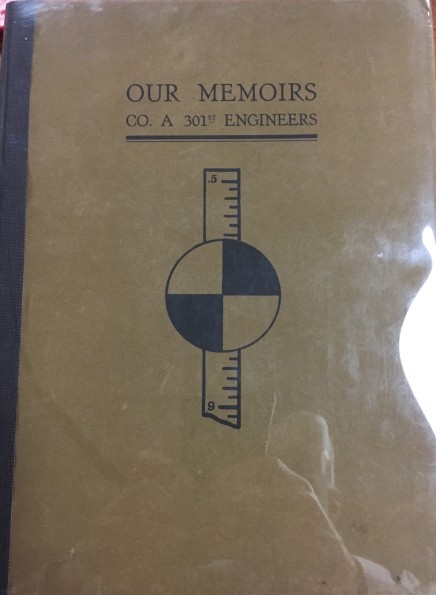 “On the morning of the eleventh, at 6 A.M., word came over the wire that the armistice had been signed to become effective at 11 A.M.  The artillery turned loose and fired until the last second.

“Thus ended the war and then occurred the resumption of close order drill and camp fires.”

–  A Short History of the 301st Engineers 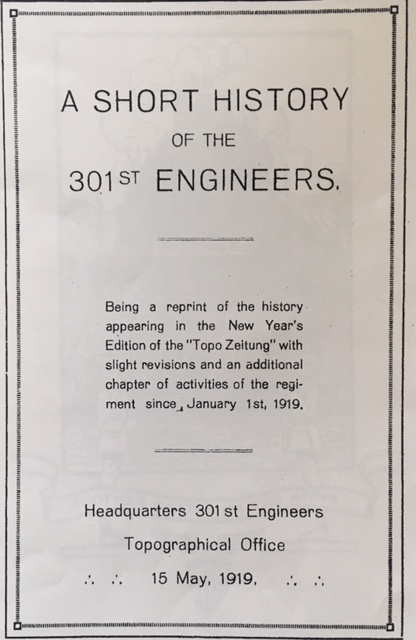 “Just after eleven o’clock on the morning of the 11th, it began to be felt that a strange, new, unusual condition existed; then suddenly came the realization that the cause of it was the silence, the unbroken silence which was the result of no firing.  Then only did it come home to the men what it really meant; that hostilities had come to an end.  Among the soldiers of the regiment there was no demonstration, no shouting, no noise; the end had come and they were glad it had, but the event was too great a one to indulge in 4th-of-July cheering.  So it was with practically all the units on the front; they accepted the great fact quietly, just as they had been in the habit of accepting things once their advent in the A.E.F.  In the areas behind the Zone of Advance great activities resulted among the troops of all nations.  In French towns the excitement attained great heights and the sky for miles glowed with the reflection of many bonfires.” 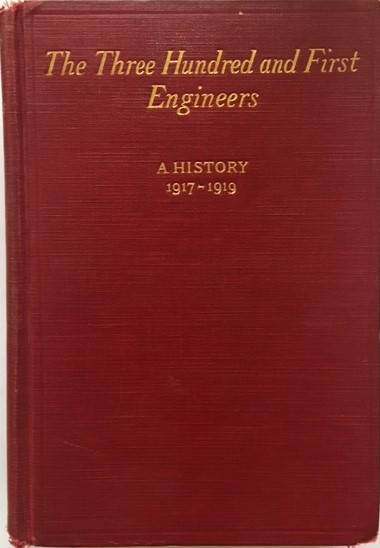