On March 11, 1919, Sergeant First Class Shetler and Company A moved from Brohl to Coblenz Germany.  Company E had been assigned to work in Coblenz since January but by March, its work had grown so much that Company A was transferred there to assist.

After a few months in sleepy Brohl, Coblenz seemed to be a nice break:

“March and April we spent in Coblenz, quartered at the Telegraf Kaserne, a former German military barracks.  This period of our stay in the Army of Occupation proved to be most congenial.  We were doing special work for the Third Army, consisting mostly of construction work in preparation for the Carnival (more about this in upcoming posts) and odd jobs in and about the various military buildings in Coblenz.  We sometimes had to work hard, but the freedom from infantry drill, that bug-bear of all hardened soldiers, was compensation complete!

“Evenings – unless we were selected for guard duty – we could wander about the city visit the Schwein or the Schoss Cafes, or give “Ted” Marshall our support in his fistic (boxing) endeavors at the Festhalle, or patronize any one of the several canteens, or pay the princely sum of 80 pfennigs and take a peek at German Opera, to the detriment of the fraternization laws.

– Our Memoirs: Company A, 301st Engineers

But where was Jay?  I’m assuming he was still ordering food and other supplies, leading his cooks in food prep and serving.  Maybe, just maybe he was able to get away with the others, though, for some R and R in the town.

Some scenes of Coblenz, ‘courtesy’ my cousin Wilbur Huntley who was also in Coblenz after the war and brought home postcards of the city: 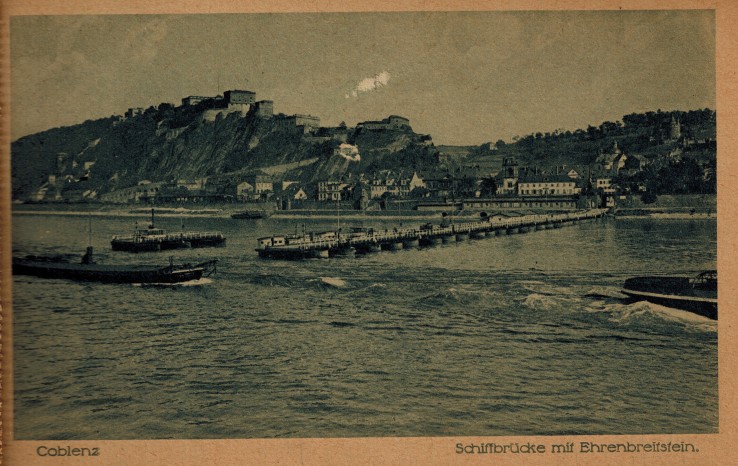 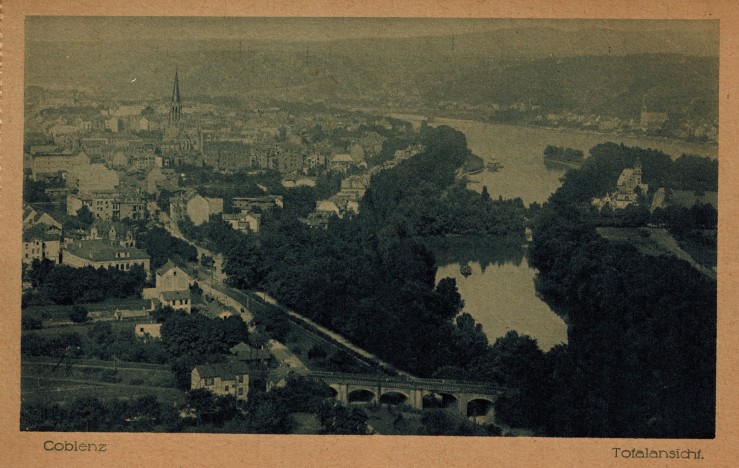 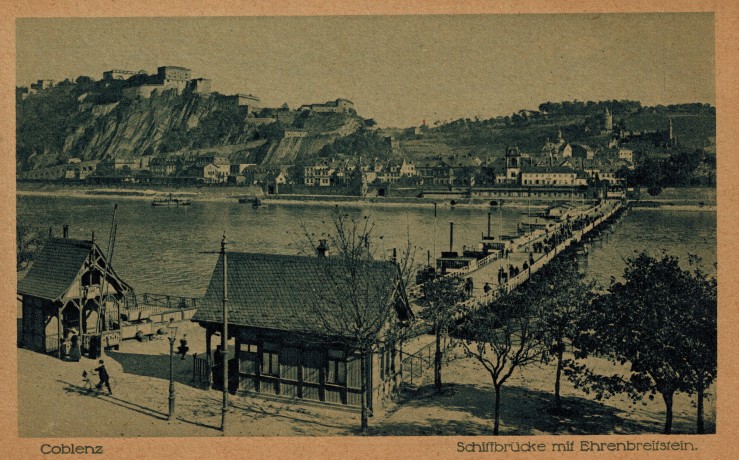